Old Capitol Brewing is Chillicothe's first local brewery to open in nearly 70 years. When you walk through our door, know that you can expect good times and great beer. Whether you're sharing a pint with familiar faces and old friends, or just popping in for some suds-to-go, you're always welcome and we look forward to seeing you. Escape the busyness, the hustle and bustle for a while; settle in to our beautiful taproom and enjoy a beer made from only the finest ingredients available and crafted right here on site in our brewery.

We want to make sure you have a good time every time you stop by, so come on in and let us pour one for you.

It all started as a hobby during Seth’s college days and was revitalized when he received a home-brewing kit as a gift. After seeing Mayor Luke Feeney give a speech about the revitalization of downtown, Seth moved back to Chillicothe with the hopes of opening a brewery with his friends. This resulted in them spending countless long days tweaking recipes and stirring kettles to serve to their friends and families. They both felt a responsibility to give back to the community that raised them by sharing these moments they’ve been able to create for those close to them with the entire Chillicothe community.

Seth is a science test developer and the son of a local science teacher. Justin is a musician and self-professed computer nerd. The marriage of their technical processes and artistic thinking has ultimately resulted in something really special that they're excited to share. 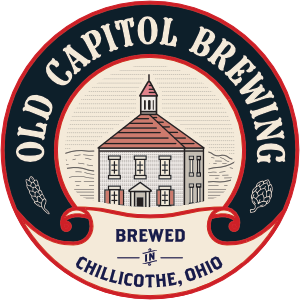